God’s Faithfulness and The Mountain 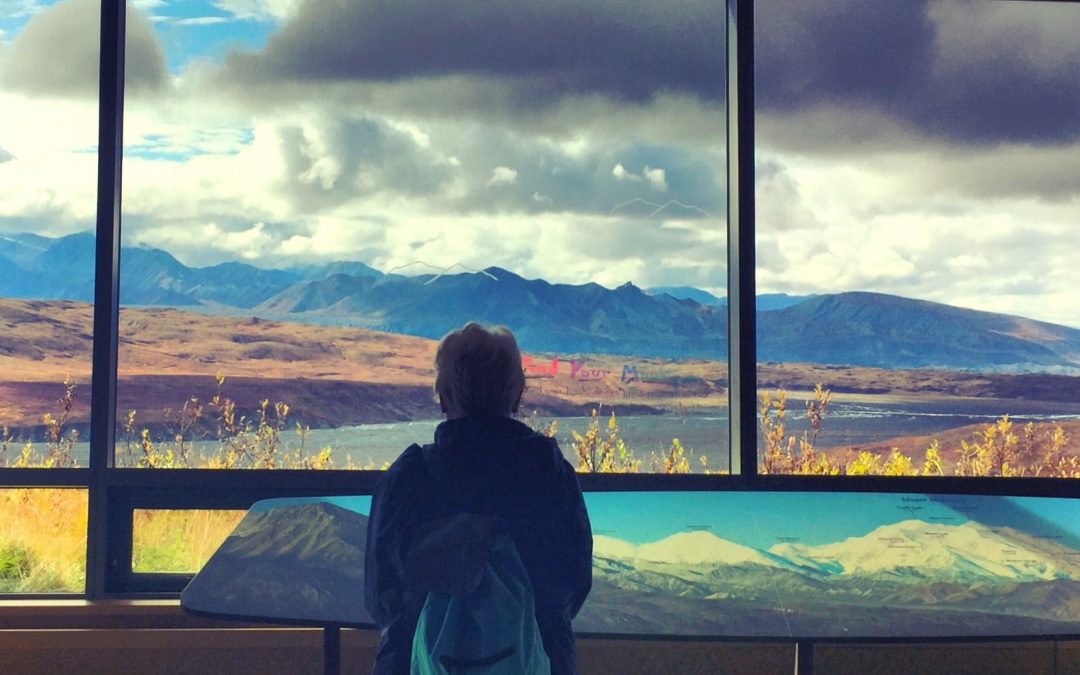 Visitors have a 30% chance of actually seeing Denali, North America’s tallest peak. The Mountain (as it’s known, to distinguish it from the park of the same name) makes its own weather and is almost always (70% of the time) covered in its own clouds and fog. I didn’t know this was the case until “I’m in the 30% Club” postcards began to fill in with the regular “Greetings from Alaska!” fare at the gift stores.

We arrived in Denali late at night during a week when the Mountain had been visible three days previously. A rainy fog rolled in as we did. The next morning, we thought the clouds might disperse as we hiked around clear lakes and drove past moose and their calves. We kept our eyes pointed in the direction of the Mountain but only saw clouds. We began to question if we even knew what the Mountain looked like. Would we know if we saw it? Would we be able to distinguish the tallest grayish rocks from the other grayish rocks and the grayish clouds? How would we know?

We remained hopeful, placing the “70% Club” postcards back on the racks for now. We had booked a tour into the park the next day, and we prayed, selfishly, for the clouds to clear.

The next day, as we boarded the bus for our 11-hour tour with the other hopefuls, we could feel the fog beginning to burn away. Maybe, we thought, maybe. We prayed. Our tour guide pointed out moose and caribou and told us about the history of the park. He told us about the men who died trying to climb the Mountain, the poets who lived in the small house by the river, the hikers who foolishly chased after bear, the park rangers who roamed and repaired during winter. Our tour guide had driven the bus for several summers now, married his wife on that cliff, hiked just far enough to find a moose skull like that one. And he had seen the Mountain.

The sun began to rise to its perpetual 10 a.m. Central Time place in the sky. The clouds began to clear. “We’re going to see it,” I thought. Our bus driver raced ahead. He wanted us to see the majesty of the Mountain just before us, the Mountain he’d seen before, the Mountain whose place in the landscape he’d memorized. Then, as we rounded yet another turn, he pointed. There! You can see it just through the clouds right there! We all leaned forward. He had to give us o’clock directions. Then, slowly, as we squinted into the windshield, we began to recognize the Mountain. 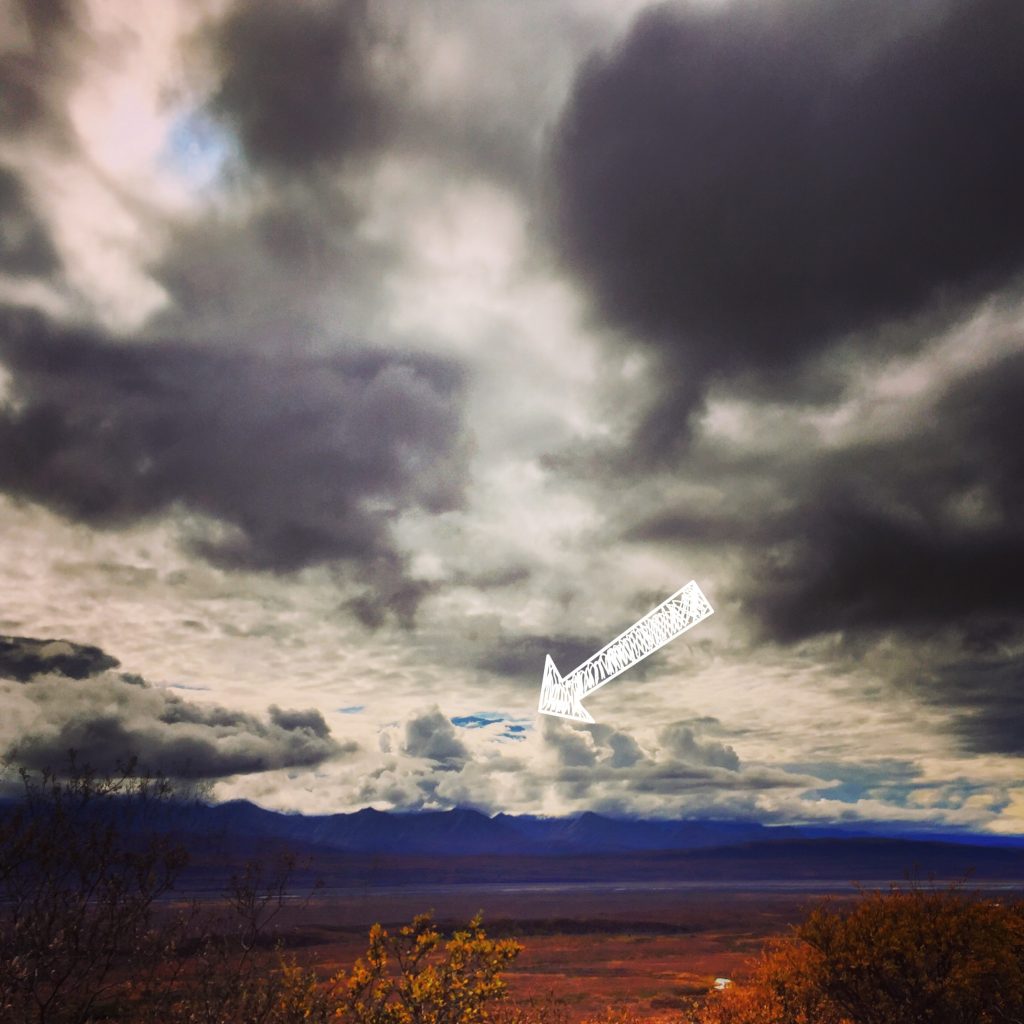 We only saw a small sliver. Just enough to put us perhaps in the 50% club. I could barely tell the mountain sliver from the clouds around it. I would not have known it was the Mountain at all unless our tour guide pointed it out to me.

Once we saw it, though, once we were taught what the mountain looked like, we could see it most of the rest of the day. Even when the clouds moved back in, we knew where to turn our heads. We knew where we might catch another glimpse of the Mountain.

We have people surrounding us who know God, those in Scripture, and (I hope) those in our lives. They know His faithfulness and love and promises. They’ve seen it in Scripture as God worked in the darkest circumstances to bring light to the world and broken people, restored, to Himself. They’ve seen it in their own lives as God works out everything for the good of His children and for His glory. And they can see it in the midst of our cloudiness and confusion and doubt. They can point and say, “That. Right there! That is God’s love for you. See it?” I love how Raechel Myers puts it, “Because of God’s proven faithfulness to us, His people, we can put our hands squarely on each other’s shoulders, look one another in the eye, and remind each other that God is at work” (She Reads Truth).

May we also learn to be those people for others. May we be the ones who surround our friends with grace and love like a large cloud of witnesses, pointing out with o’clock directions, “There!” May we learn and know God and His works so well we can find Him even in the darkness, even when only a sliver is visible, even when the promises are not yet fulfilled.