A Lesson From My Dad 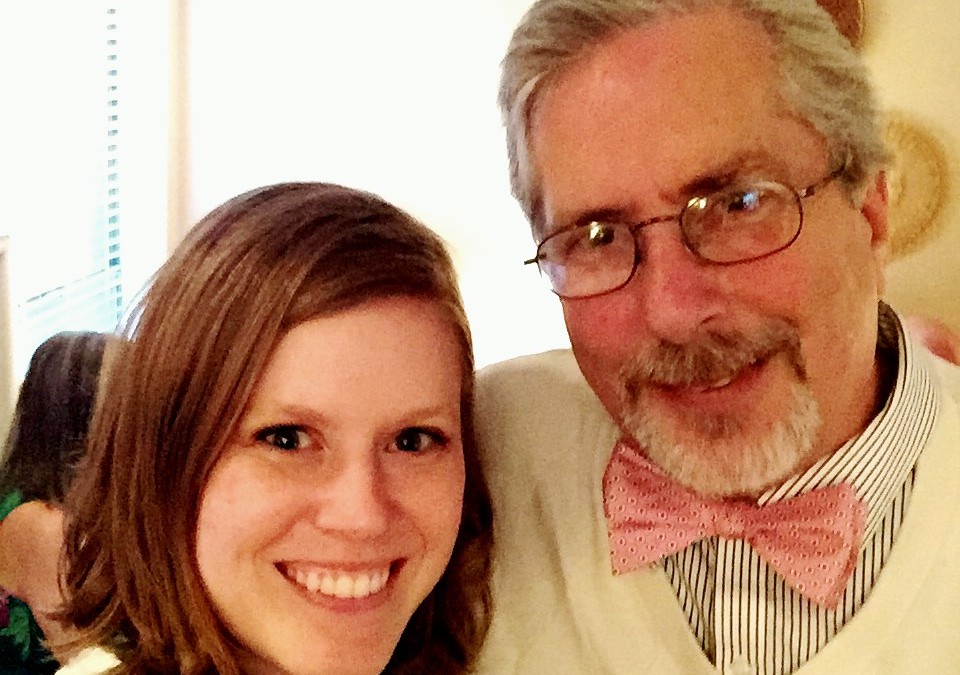 On Mother’s Day, I wrote about a lesson I learned from my mom. So, today on Father’s Day, I thought about the lessons I’ve learned from my dad. He’s taught me many things—how to iron, how to use a compass, how to mow, and endless trivia. If you think I know a lot of weird and pointless facts, you should talk to my dad. From him, I have a dry sense of humor, a thirst for knowing all the things, and a need for preparedness.

As I thought about my dad, I realized a theme emerged from all our memories together. He has taught and teaches me how to be there and be interested in those I love. 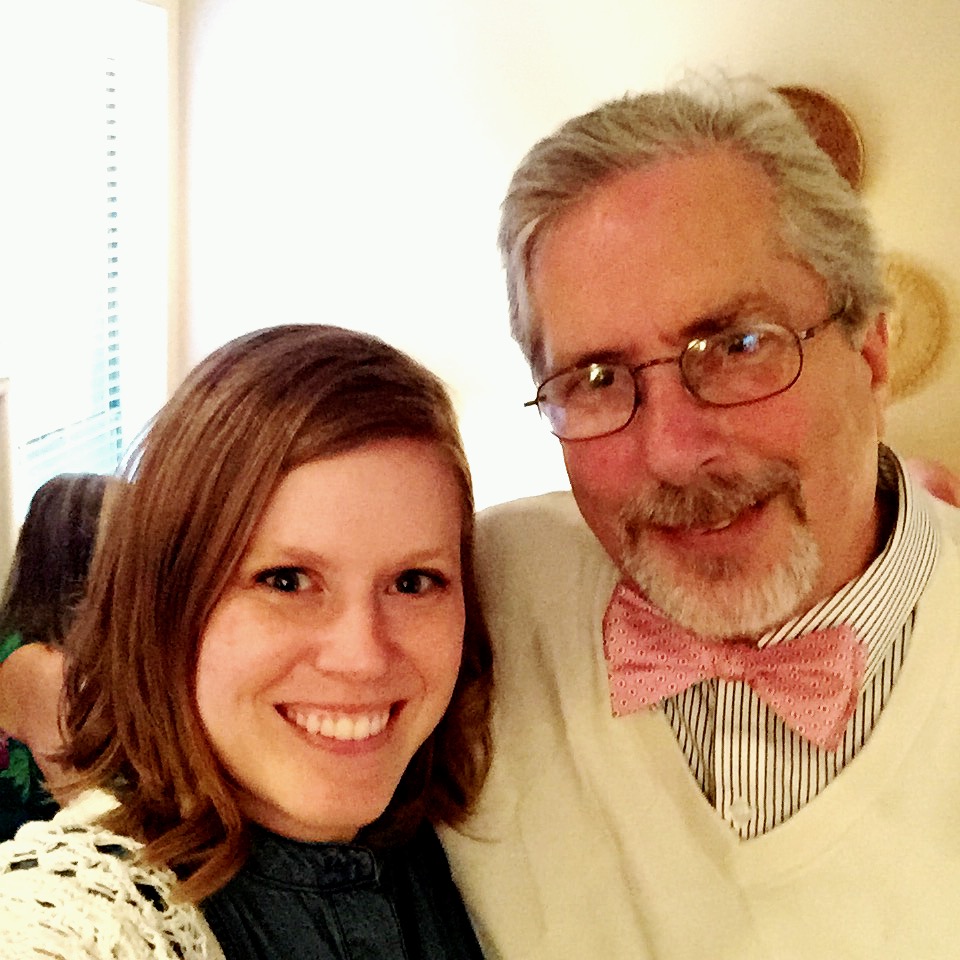 My dad read to me all the time when I was little. We read the same books over and over until we both knew by heart the step-by-step action plan after you give a mouse a cookie. We also knew the sequence of things to say goodnight to, ending with the moon.

My dad lived in a house full of girls—even our pets were always female. So, he played Pretty, Pretty Princess and had tea parties and went to dance recitals. My dad researched different braids and learned to do them. When I had a slight obsession with Amy Grant in elementary school, he took me to concerts, meet-and-greets, and more concerts. When I took modeling lessons (a story for another day), he drove me to class and even participated one day when I saw other parents in the class and didn’t realize it was a make-up tutorial, not some sort of parental permission slip that needed to be signed. He learned more about moisturizers during those two hours than I’m sure he ever wanted to know.

He knew my friends and became a chaperone on mission trips and school trips.He kicked around a soccer ball when I joined the team. He taught me how to throw a football and catch one when I wanted to play intramural flag football. He taught me how to throw and catch a frisbee when I decided to take up Ultimate. He went to the tennis courts when I thought maybe tennis would be my thing. He would joke that I got my coordination from him, but had endless patience when it took me several tries to do any athletic feat. He learned how to do ropes courses and lead orienteering groups and took kids canoeing and spelunking. When I got lost in the woods once because I didn’t know how to use the compass he just showed me how to use, he found me and brought me back to the right path.

Once, in high school, I was having a terrible time at a party. I called my dad and just said something like, “Oh, I need to go home?” and he understood and told me I had to come home so I could have an excuse to leave.

He attempted to teach me to drive a stick shift for hours one day just because I wanted to learn and then taught me how to drive an automatic when I couldn’t get the hang of it. Several years ago, I slid across I-65 in a snow storm and called home because I didn’t want to drive the rest of the way. He came to get me.

In college, I called him when I was upset because he would just listen and say he was sorry I was having a rough time. He’s always been the one to sympathize and just listen.

He became Nutella’s biggest fan after I introduced it to him. He attempted to learn some Spanish when I took Spanish classes in college. He introduced me to NPR and then I introduced him to podcasts and he began listening to those I recommended. He got on Twitter because Conan O’Brien was on Twitter, but he likes and retweets almost everything I tweet. He follows my friends and talks about things they’ve tweeted. He shares all of my blog posts and free dating sites ohio posts and sends me edits when I have a typo.

Since I’ve bought a house, there are countless things he’s done for me. The times my mower wouldn’t start, he always replies with “I’ll be right over.” He built me a fence and put in a dishwasher and changed the tricky lightbulbs. He answers all the texts I send him like, “Do these look like Carpenter Bees?,” “How do I start the mower?,” and “What do I do when the dishwasher leaks just a little?”

And these are just a few instances in my life. He is the same way with my sister. He is just as knowledgable about dog breeds, horse races, and X Files as he is about good books, tea, and The Office. He has always taken interest in what we take interest in. And he has always been there—to listen, to answer questions, to help, to rescue us.

As I grow older and relationships get more complicated and difficult, I’m thankful for a dad who modeled these two qualities well. If I can take interest in the interests of those I love and be there when they need me, that’s way more than half the battle. Thank you, Daddy, for showing me how to do that.